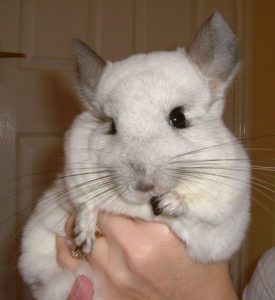 Like most pets, chinchillas love treats. But you have to be cautious, because like most pets (and some people), chinchillas will always choose tasty treats over the food they need to stay healthy. Treats should be a very small part of your chinchilla’s diet, but they are still important. They can be used as rewards for training and help you feel closer to your pet. But, you should make sure that the chinchilla treats you’re providing are acceptable for your pet and do not cause problems.

While there seem to be some disagreements among chinchilla owners about what chinchillas should or shouldn’t be given as treats, we always say it’s best to err on the side of caution when it comes to your chin’s health. While things like raisins or dried fruit are often popular treats, they should not be given as treats to chins. In the long term, it’s best to avoid highly sugary sweets, especially since your chin will enjoy other treats just the same.

Remember, when it comes to treats your chinchilla should only get 1 treat per day, no matter how much they beg.

Never Give These as Chinchilla Treats

The following treats are generally considered unsafe and should never be given to your pet chinchilla.

I’m sure you’re thinking, why can’t I use the chinchilla treats at the pet store? Pet treat manufacturers do not necessarily have your chin’s health in mind when they make their treats. They also may make treats targeted to a wide variety of exotic and small pets without taking into account the special dietary needs of each species. The manufacturers also may not even know that some ingredients are unhealthy or dangerous to chinchillas.

It’s better to buy treats you know are safe for chinchillas, even if you are buying them from a grocery store instead of the pet store.

Safe and Healthy Treats for Chinchillas

This is one of the most common chinchilla treats I hear owners give their chins. As long as you get the plain kind, Cheerios are a good treat option for your pet chinchilla. The whole grain oats are fine for chinchillas and they love the treats even though there’s no sugar or sweetness to them.

Here’s another treat option you may already have in your cabinet, which is also very affordable. Chinchillas love uncooked oatmeal. You can easily add a little pinch to their pellet dish or a special treat bowl. Make sure that whatever you buy, you do not buy the quick cook oatmeal. 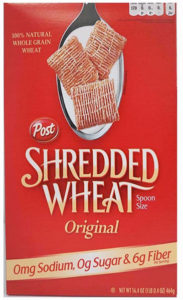 Another wheat based treat, chinchillas love bite size shredded wheat. It’s so funny to think that a pet will go crazy over a cereal I won’t even eat. Make sure the shredded wheat you’re using for treats is plain (not sweetened or flavored in any way) and is the spoon size. If you buy the large size you should break off pieces and only give a teaspoon portion as a treat. 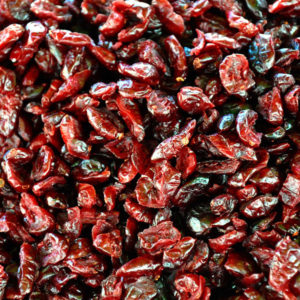 Chinchillas go crazy for these dried treats. Rose hips can be given whole or crushed as treats. They’re packed with vitamin C and healthier than raisins or dried fruit. Most breeders and chinchilla owners agree this is the best treat to offer your pet.

How to Train your Pet Chinchilla with Treats

Treats are a great tool for training your chinchilla. Since they love treats so much and they are very intelligent, they can be surprisingly easy to train. It does take time, patience, and repetition though, but once your chinchilla is trained it will add a lot of fun to your life and also make day to day tasks easier.

Make sure, as always, that the chinchilla treats you’re giving as a part of training are healthy ones. You also need to keep your eye on the quantity you’re giving them. Even when you’re training they need to be limited to one treat per day. Usually, for training, it is better to use smaller treats or crushed treats. Oats, crushed rosehips, or broken up shredded wheat work well because you can give their “daily serving” over multiple tricks in a day.

I recommend training your chinchilla on one trick at a time and then using that trick to build on other tricks and commands.

Returning to their Cage

One of the first “tricks” I taught my chinchilla that made day-to-day activities easier was teaching her to return to her cage at the end of playtime. Often she will return on her own after about 20 minutes, but there are some days where she’s like a toddler hopped up on sugar and will just run and run forever. She always gets a treat at the end of her play time after she returns to her cage. But that knowledge wasn’t enough to make her return in a reasonable amount of time.

To train her, I started to do the following. Once she did return to her cage on her own, I would shake the treat jar and then give her a treat. After doing that for about a week, she started to associate that noise with going in her cage and receiving a treat. I can now command her to return to her cage by shaking the jar. This is great for emergency situations where something comes up and I need to get her back in her cage quickly.

Training your chinchilla to come to you

This is a good command to teach your pet in the beginning. It can be used to summon them away from a dangerous situation or a fun command to get them closer to you so you can deliver a chin scratch.

To train your chinchilla, you should use a gesture and a voice command. One common way is by tapping the floor and saying “Come.” The first few times you do this, place a small amount of treats on the floor where you tap. Your chinchilla should run over immediately to get to gobble up the treat.

Once they get the hang of that, tap the floor and say “Come” and then give them the treat. As soon as they come over, you should give auditory praise either with clicker or by saying something like “Good.” Make sure you use the same praise every time, for every trick you train on.

Going into their carrier

Many chinchillas do not like to be grabbed or held, even after years of bonding and training. This can make it a nightmare to get them into a travel carrier. If there’s an emergency where you need to evacuate your home, you won’t have to time to chase your chinchilla and catch them. Instead, if you have your chin trained, they will automatically go in making the whole experience less stressful for both of you.

Before you can train them to go in the carrier, you must train them to “Come.” Once they know that command perfectly, you can convert it to the carrier by doing the same gesture. Again start by placing a small amount of treats inside the carrier and doing your gesture while saying the command word “crate”. Your chin should run over to get the treats. Give the auditory praise of a clicker or “Good.”

Once you’ve done that a few times, start doing the gesture and handing the treat after they go in. Don’t forget to give your auditory praise as soon as they go in. You should be able to start doing your gesture on any part of the carrier to summon your chin.

Though you may not need to crate your chinchilla regularly, it’s good to keep them fresh on this command and make it a part of playtime at least once a week. This will also help them feel more comfortable with their carrier so they will not fear it whenever they see it.

Here is a great video that shows you how to train on three simple tasks: