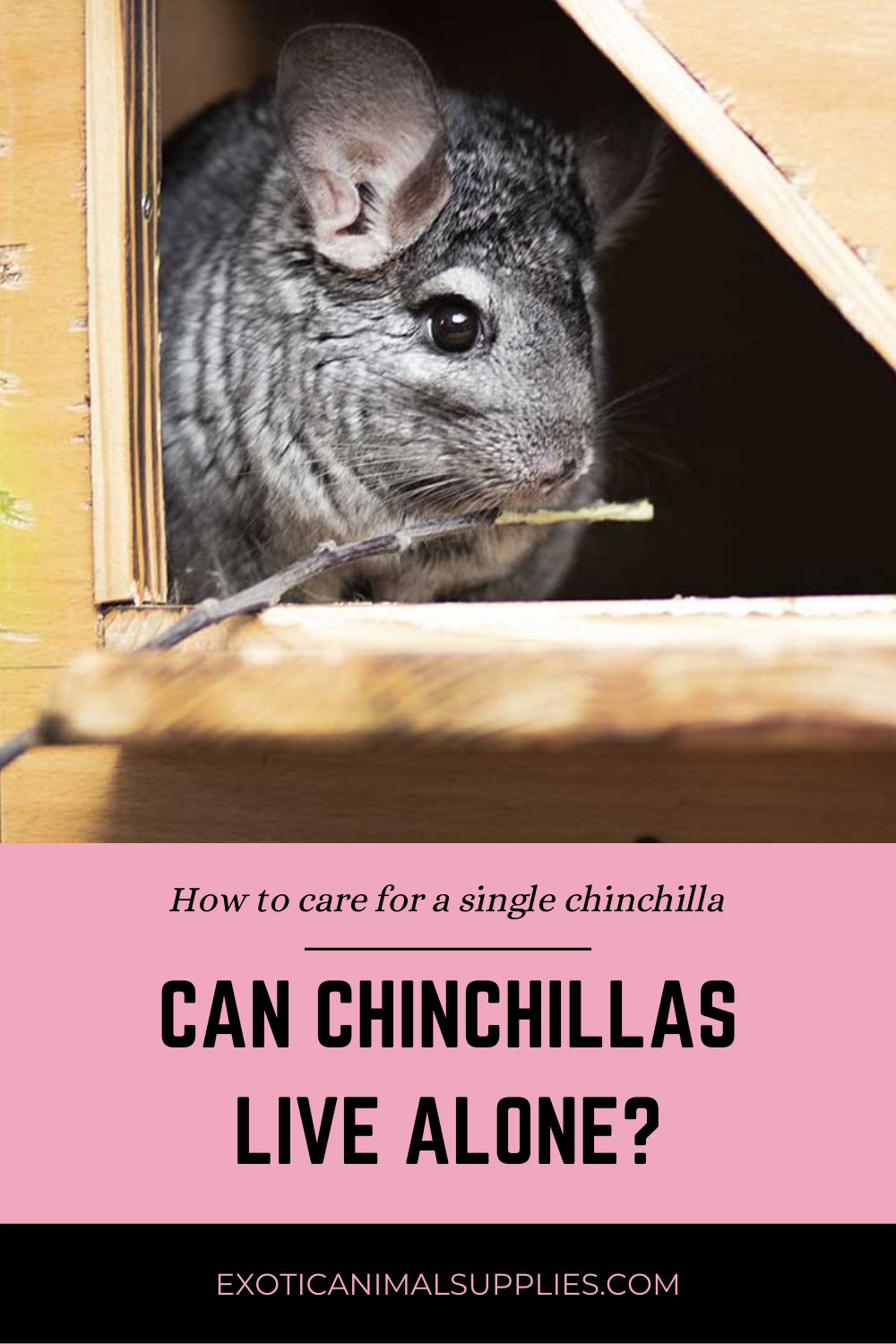 Pet chinchillas are often sold or adopted in pairs, and there’s good reason for this. In the wild chinchillas live in groups. They’re social animals and need regular social interactions for their mental health and well-being. That’s why many pet chinchillas go to their forever home with a same-sex relative that they are bonded to (either a set of siblings or parent/child). This is the ideal situation for most chinchillas, but there are scenarios where a chinchilla is best living alone. We’ll cover the special circumstances that lead to single chinchillas and how to make sure your solo chin stays happy and healthy.

When Should Chinchillas Live Alone?

Can a chinchilla live alone? Technically, yes. Since they’re social creatures, chinchillas do best living with other chinchillas, but there are many solo pet chinchillas living happy lives. Bonded chinchillas should not be separated and if you’re buying or adopting a new chinchilla that is living in a bonded pair, you should take both. They will be happier together in the long run.

But here are a few of the scenarios where chinchillas should live alone.

Adult chinchillas who have lived alone for most of their life may not adjust to living with a cagemate again. You can attempt bonding them with a new chinchilla, but if that’s not successful they might be meant to live alone.

The loss of a cagemate can be very difficult for the surviving chinchilla. Many eventually go on to bond with a new cagemate, but sometimes that doesn’t work out. An owner may not choose to get a second chinchilla, especially if the remaining chinchilla is older. In these scenarios, the surviving chin can eventually adjust to living alone with the help of their owner (see the tips in the next section).

Bonded Chinchillas Have a BIG Fight

Just like human couples break up and move out, sometimes chinchillas have a fight they cannot recover from. Even bonded chinchillas may have small squabbles from time to time, but if it escalates to a big fight their bond can be damaged. A general rule shared among chin owners is if a chinchilla fight draws blood or causes some type of injury, then those chinchillas need to be separated and cannot be housed together. It’s rare in chinchillas that have been together a long time, but it can happen.

How to Care for a Single Chinchilla

A solo chinchilla can still have a happy and fulfilling life. The owner will have to step in to make up for the socialization the chin will miss from not having a cagemate.

Spend Time with Your Chin Every Day

Without a cage mate, the humans in your chinchilla’s life will be their only source of socialization. That means you should plan to spend some time with your chinchilla every day. This can include out of cage play time as well as spending time with them while they’re in their cage. Talk to them, pet them, and offer chew toys or chinchilla safe treats. If you walk by their cage and see them begging for attention (mine likes to sit at the cage bars like she’s in prison), stop and give them a little love. 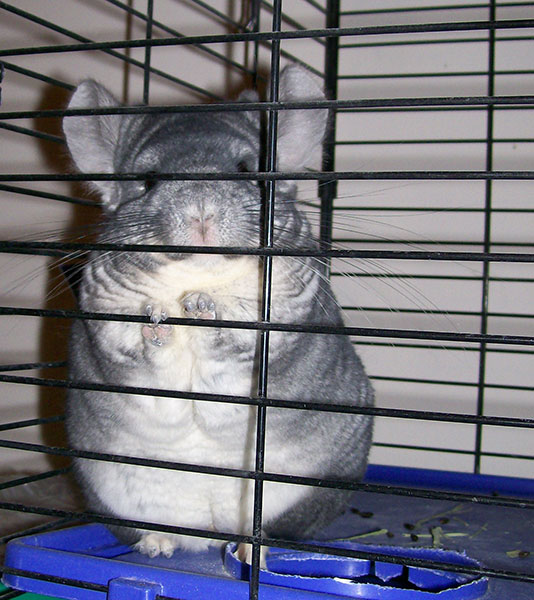 Keep Their Cage Near the Family

A single chinchilla shouldn’t be tucked away in the house. Keep their cage in areas where you frequently throughout the day so they can see and hear you (and you can give them a little attention here and there). Since chinchillas are most active in the evening, putting a cage in a place where you hang out around that time (like a living room or bedroom) will let them be a part of the action. Some chinchillas enjoy watching TV so they’ll appreciate joining your Netflix binge. While I worked from home, I kept my chin’s cage in my office so I could take breaks to hang out and play with her. It was a big mood boost for both of us.

Get Them a Cuddle Buddy 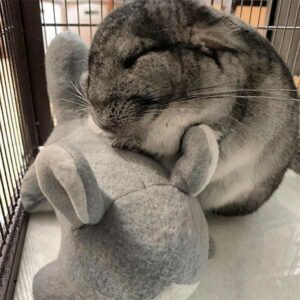 Chinchillas are adorably cuddly, especially with bonded cagemates. Luckily solo chins can get in on the adorable cuddles with the help of a stuffed friend. Since chinchillas will chew anything they can get their hands on, many stuffed animals aren’t appropriate. Chinnie Buddies are the perfect solution. These handmade friends are made from anti-pill fleece so they’re a safe option for your single chin to cuddle with.

If you’re a new or prospective chinchilla owner, check out this new owner checklist and learn how to bond with your pet chinchilla.

Here are 10 things you should never buy your pet chinchilla.